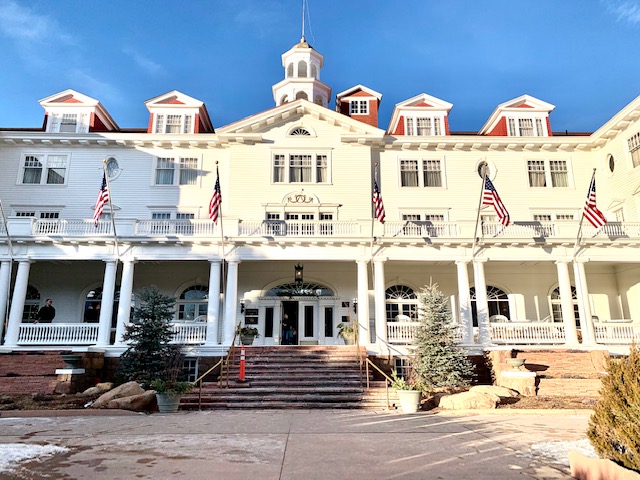 I don’t know when I first enjoyed hearing a good ghost story. Maybe it was when I went to summer camp around the time I was ten years old. Toward the end of the week, the counselors took us on a hike into the woods for a campfire. As we sat by the fire, the different cabins sang songs and put on skits. Later, we roasted marshmallows, and eventually, one of the counselors would tell us spooky stories. When we got back to our cabin, we were all sugared up from the s’mores. Instead of going to sleep, the girls and I stayed up even later to continue sharing to try to be the scariest storyteller.

Into my later teens, I loved heading to the movies to see horror films or read scary novels about hauntings. One night, I remember being scared out of my mind when a few of my girlfriends and I were invited to check out an abandoned quarry about a half-hour drive from our town. We agreed and piled into this large Buick to search for the hidden compound where half-dead souls were said to hide-out in the abandoned buildings. The legend we heard was that anyone captured trespassing on the property would be held captive – never to be seen again. We pulled down the gravel driveway past the “No Trespassing” sign. The older boys, especially the driver, were out to tease us. He pretended that the car battery had died and that he couldn’t start the car. I remember my girlfriends and I freaking out and begging to get out of there. I almost started crying. Then they guys busted out laughing, and we took off as they cackled with delight.

What is it about traveling toward the scary or supernatural that both terrifies and delights us? I know more than one friend who loves an enjoyable ghost tour or haunted experience while on vacation. That is why on my recent trip to Estes Park, I had to stop in and visit the Stanley Hotel.

The Stanley is a grand historic hotel that was built in 1909. Allegedly, it is one of the most haunted locations in the United States. While no one actually died in the hotel, it is said to be built on an ancient Native American burial ground, and that ghostly events happen regularly. In fact, Stephen King got the inspiration for his famous novel, The Shining, after staying one night in room 217.

It is said that King and his wife got stranded due to a snowstorm just outside Rocky Mountain National Park, near the Stanley Hotel. At the time, the hotel was preparing to close for the season, as it did not remain open in the dead of winter. When Mr. King and his wife asked for a room, they were the only guests that evening. King had a dreadful nightmare and woke-up to a brilliant plot. It later became the inspiration for his bestselling novel.

The hotel is famous for being a historic landmark and for having a lot of paranormal activity. It is said that the original proprietor, F.O. Stanley (who died in 1940) has been seen working at the front desk. His late wife, Flora, can be heard playing the piano in the massive ballroom on the main floor in the late hours of the evening.

The fourth floor, formerly the area where children and nannies were expected to sleep, used to be a cavernous space. After a renovation, it was divided into individual guest rooms. Reports of children laughing and running up and down the hallways have become part of the paranormal legends in the hotel. There is also a head housekeeper, Mrs. Wilson, who died of natural causes some years ago. Mrs. Wilson regularly folds clothes and puts shoes in order in guest rooms. Unmarried patrons have told staff that they felt a cold presence between them in their bed. The proprietors chalk it up to Mrs. Wilson’s old-fashioned values. 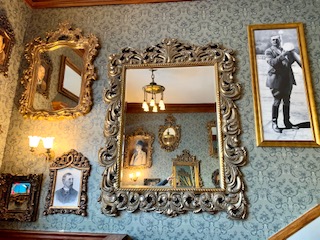 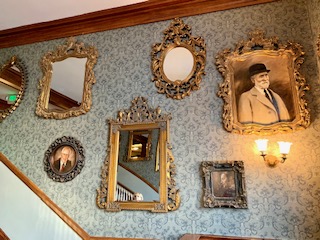 This December, we flew to Fort Collins, Colorado to stay with family for Christmas. It was unusually warm for early winter, so we decided to take a hike in Rocky Mountain National Park. After hiking a three-mile trail my family and I decided to visit the famous Stanley Hotel and eat a late lunch. I had heard that it was a haunted hotel and much like my younger self, I wanted to see what all the fuss was about. As we entered, I walked around the lobby and admired the grandeur of the restored hotel. I even took a walk up the impressive center staircase and observed the portraits of Mr. and Mrs. Stanley and other famous people from the past. While I admit that I found the pictures creepy, I didn’t get the feeling that I was surrounded by ghosts. I joined my family in the Whisky Bar, and we ordered some snacks and drinks.

After we paid the check, I wanted to explore a bit more, so I walked past the photo wall of famous people who stayed or performed in the hotel over the years. I loved the history of the place and wandered down another staircase to the basement. In the basement, I discovered an entire replica of the Stanley made out of Legos and an original ice chest that was used to keep food cold back in 1909. It was fascinating.

Since we had a long trip back to Fort Collins, I stopped my tour of the basement to use the restroom on that level. Everybody else wanted a sweet for the road, so they headed to the coffee bar nearby.  I was alone in the ladies’ room and thought it was odd that the busy hotel didn’t have more guests using the facility. It was quiet and really cold in the space. I don’t know if it was the temperature or something else, but I felt uneasy. I didn’t actually see or hear anything, but the experience gave me the chills. I don’t think I felt the presence of a ghost, it was just my imagination. I brushed it off and attributed it to the colder temperature down in the basement. I didn’t mention it to anyone, but I was both scared and intrigued. I thought I would really like to return and take one of those famous ghost tours offered at the hotel and perhaps, have Mrs. Wilson organize my room.